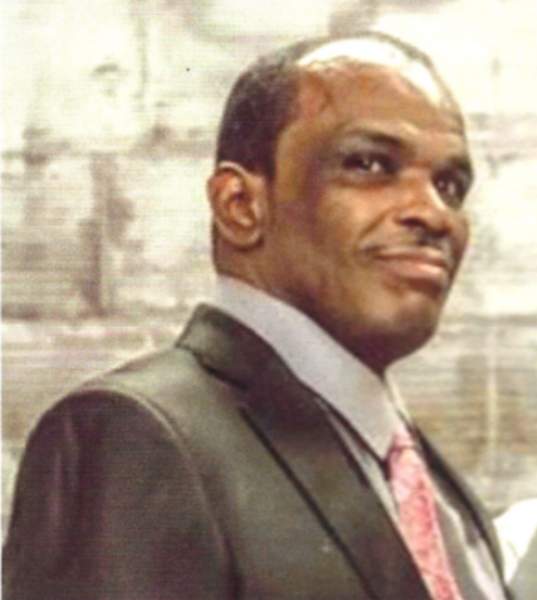 Mr. Stephen Anthony Denham died in Miami, FL on August 6, 2022.
Mr. Denham was educated in the Covington County Schools and was a graduate of Collins High School, Class of 1984. He furthered his education in New York.  He was called to preach at the age of 15.  He was a Youth minister at his home church, Mt. Zion Ora where he was allowed minister for many years.  While in New York he was employed by the Port Authority as a Security Guard.  Later in life, he developed a love of driving 18-wheelers for many years. He also owned a car lot in Jackson, MS where he was a mechanic as well as the owner.  He was a loving, caring man who loved his family and friends.
He was preceded in death by his parents, John Douglas Denham and Leona Brown Denham.
Survivors include his children, Stephanie(Sharccara) McNair, Courtney (Gracie) Denham, and Sophia (Christopher) Cannon.  Brothers, Gregory(Yolanda) Brown, Patrick Denham, Lenel Denham, John Denham, Jr.; sisters, Helena(Richard) Denham-Carter, Raesine Denham, and Lia Cater. 9 grandchildren, and a host of nieces, nephews, and other family, and friends.
Honorary Pallbearers:  Courtney Denham, Gregory Brown, Patrick Denham, John Denham, Jr., Lenel Denham, and Terrance Johnson.
Flower Bearers:  Latonya Barnes, Kiara Brown, Katrina Brown, Teresa Brown, Jalisa Greer, and Keona Brown
Pastor Kevin Youngblood was the Officiant, along with Elder Bonus Brown, and Pastor Michael McGee.
To order memorial trees or send flowers to the family in memory of Stephen Anthony Denham, 56, please visit our flower store.