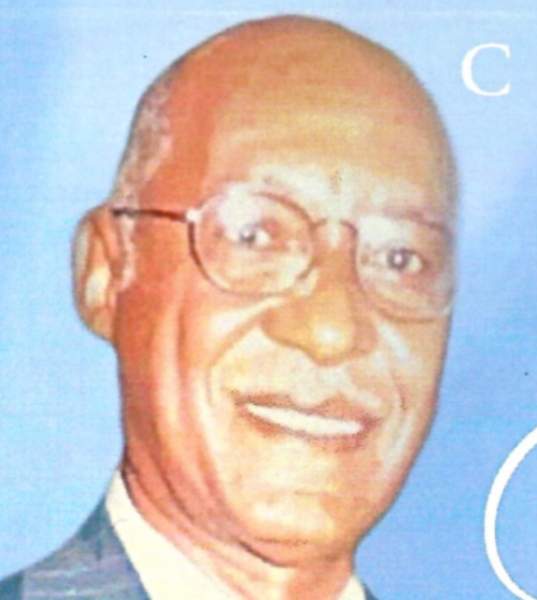 The Honorable Robert Earl "Bob" McNair, 82, Mount Olive, MS passed away on March 23, 2022.
Mr. McNair was a lifelong member of Mt. Pleasant CME Church where he served as an Adult Sunday School Teacher, Church Treasurer, Church Lay Leader, and Chair of the Trustee Board.  Additionally, he served as the Parliamentarian of the Fifth Episcopal District Conference lay Department and was presented the Fifth Episcopal District Achievement Award; and was a mentor to the young men of Mount Pleasant as well as all of his students.
He was reared in the Mt. Pleasant Community and attended Lincoln Elementary and graduated from Carver Central High School, Collins, MS, and was president of his graduating class.  He attended Alcorn Agricultural College (Alcorn State University), in 1962 and graduated with a Bachelor of Science Degree in Education in 1966.  He was honorably discharged from the United States Army.
He began his teaching career at McLaurin High School in Rankin County in 1967.  In 1967  he continued his love of education at his high school alma mater,  Carver Central High School, and onward to Collins High School in 1970 where he served as  Chair of the Social Studies Department and a Student Council  Advisor.  He was affectionately known as Mr. Mac to his students and served as an unofficial counselor, advisor, and mentor to many young adults.  He was named Sar Teacher in 1994, 200, and 2001.
He had a love for his community and always strived to uplift any areas that needed his attention.  He was a founding member of the Covington County  Boys and Girls Club; served as Vice President of Property and Program Services for many years.  In 1999, he received the Covington County BGC Dedication Award and service award in 2000.  The McNair-Turner Achievement Book Scholarship was established by Carlos D. Smith in his honor.  He was also a founding member of the Covington County Men United for a Cause where he served in executive capacities.
McNair was dedicated to the ongoing necessity of the NAACP; he held the positions of Treasurer, and Chairman of the Political Action and Membership Committees.  He also served as co-organizer for the Blak Heritage Celebration where he served in executive roles.  He received the Covington County NAACP Service Award, as well the Humanitarian Award, and was an organizer of the Little league Baseball Team of Mt. Olive.
He became "The Honorable  Robert Earl McNair ''and served as alderman and simultaneously held the position of Mayor Pro Tem. He was appointed by Governor Ray Mabus to serve on the Lower Mississippi Delta Development Commission and the Community Development Black Grant Advisory Board.   He became the first African American Chairman of the Covington county Democratic Executive committee.
Active Pallbearers:  Tuntdrick Burnside, Wayne McNair, Tevin Houston, Lonnell Griffith, DJ Taylor, Demond Kersh, Harvey Easterling, and Ray Duckworth.
Honorary Pallbearers:  Dexter Taylor, Earl Graves, Douglas McNair, Ivy Duckworth, Jr., Kearem Cooper, Archie Milloy, Jr., Michael Norwood, Lyndale McGee, Glen McNair, Minister Jarvis Walker, Bobby Wayne Mooney, and Roger Pittman
Flower Bearers:  Family, Friends, and Former Students.
Re. Dr. James A. Loftin was the Eulogist along with Rev. Marcus McLaurin, Sr., Mt. Pleasant CME Pastor, and other local pastors.
He served honorably until his retirement on June 30, 2003, and was the first African American Mayor in Covington County.  His proudest accomplishment is the Mount Olive Senior Citizens Center which was dedicated in his honor in February 2020.  Also, during his tenure as mayor, he was responsible for 25+ grants that resulted in sewer/drainage projects, low-income housing police cars, and lagoon improvements.  Also, during his tenure, he oversaw the annexation of additional land thus increasing the size of Mount Olive.
He was preceded in death by his parents, Estus and Sally Gowan McNair; children,  Barbara, Brenda, and Donald.
Survivors include his loving and devoted wife, Martha; children Tammy Gray Ellis, Sacramento, CA, Michael Norwood, Dexter (Mayonie)Taylor, Pearl, MS, Jerry McCoy, Douglas (Kenyoda) McNair, Philadelphia,  MS and Rodney (Lisa) Cooper, Mt. Olive, MS; 14 grandchildren, ten great-grandchildren; sister, Sarah Elaine McNair; special niece, Bridget McNair Kersh; adopted son, Alex McGowan, and a host of nieces, nephews,  cousins, and friends.
To order memorial trees or send flowers to the family in memory of Robert Earl "Bob" McNair, , please visit our flower store.